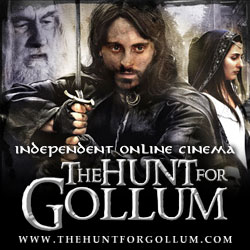 From the website: ‘The script is adapted from elements of the appendices of The Lord of the Rings. The story follows the Heir of Isildur; the “greatest huntsman and traveller in Middle Earth” as he sets out to find the creature Gollum. The creature must be found to discover the truth about the Ring, and to protect the future Ringbearer.’

It was made for about Â£3000, which is a long way from the $270 million budget that Peter Jackson had for the Lord of the Rings trilogy. Considering this, it is brilliant. It doesn’t feel like it was made for next to nothing. It fits well into J.R.R. Tolkien’s Middle-Earth that Peter Jackson brought to life and at times you forget that you are watching something else. The funding was raised by donations from fans.

The music was composed specially for the film and has the same feeling as Howard Shore’s original scores, which just adds to the total package.

If you enjoyed Lord of the Rings pop over to The Hunt For Gollum movie website (http://www.thehuntforgollum.com) and have a watch. 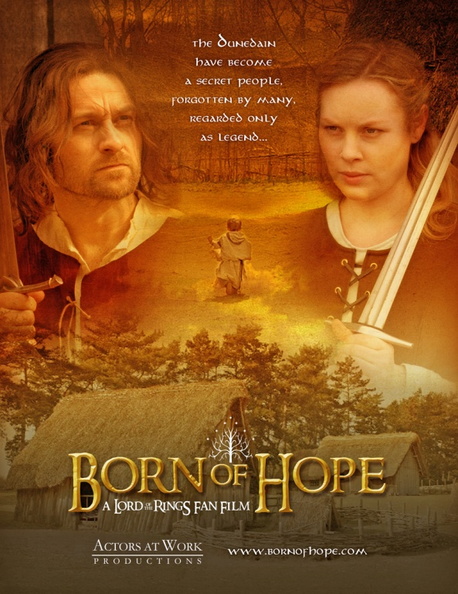 There is another Lord of the Rings fan film currently being made, Born of Hope. This hour long original drama is set in the time before the War of the Ring and tells the story of the DÃºnedain, the Rangers of the North, before the return of the King. Inspired by only a couple of paragraphs written by Tolkien in the appendices of the Lord of the Rings it follows Arathorn and Gilraen, the parents of Aragorn, from their first meeting through a turbulent time in their people’s history.

This is currently scheduled for Autumn online release, so I shall be looking forward to that. This is on a slightly larger budget of Â£25,000 which although small as films go, is still being raised. The trailer uploaded at the beginning of May looks good.

This entry was posted in General and tagged Born of Hope, DÃºnedain, Lord of the Rings, The Hunt for Gollum. Bookmark the permalink.
Logging In...